"For the first time in the history of the world, every human being is now subjected to contact with dangerous chemicals, from the moment of conception until death."

The chemical soup we live in has gotten much more complex and harmful to us over the past century. With the rapid development of new toxic chemicals and pesticides, especially since WWII, we as a species have suffered an unprecedented assault on our chemical makeup. We are not equipped by nature to respond so rapidly to these sorts of changes and as a result there have been huge increases in cancer and neurological disorders in humans, as well as incredible damage to the species we share this planet with. The links and pages listed below provide information on what's out there and how it gets into you.

Body burden is the total amount of a chemical, metal or radioactive substance present at any time after absorption in the body of man or animal.

Biomonitoring is the measurement of the body burden of toxic chemical compounds, elements, or their metabolites, in biological substances. Often, these measurements are done in blood and urine.

Human biomonitoring studies show that many environmental contaminants, including known and potential carcinogens, are finding their way into people’s bodies. The sources of these contaminants are wide-ranging:

Some common environmental chemicals are listed as known carcinogens by the International Agency for Research on Cancer (IARC), part of the World Health Organization, or by the Environmental Protection Agency. Others are probable or possible carcinogens. Because something has been classified as a carcinogen does not mean that every instance of exposure to that substance will result in the development of cancer. By the same token, a listing of “probable” or “possible” carcinogenicity does not mean we have exhausted study on that substance. It means the substance is not yet sufficiently studied. Such substances may, with further study, turn out to be definitively carcinogenic.

There are hundreds of other substances definitively linked to cancer in people.

The two best established biomonitoring programs in representative samples of the general population are those of the United States and Germany, although population-based programs exist in a few other countries. In 2001, the U.S. Centers for Disease Control and Prevention (CDC) began to publish its biennial National Report on Human Exposure to Environmental Chemicals, which reports a statistically representative sample of the U.S. population. The Environmental Working Group has also conducted biomonitoring studies.

In the United States, the CDC first tested samples from the general population for lead and a few pesticides in 1976. In the late 1990s, the National Health and Nutrition Examination Survey (NHANES) program had a major expansion.

Some U.S. states have received federal support and have established biomonitoring programs. In 2001, the CDC awarded planning grants to 33 states to assist in capacity building for expanding biomonitoring. The California Environmental Contaminant Biomonitoring Program (CECBP), is administered by the California Department of Public Health, and was established by law in 2006. Minnesota's Biomonitoring Pilot Program was established by law in 2007 and is run by the Minnesota Department of Health.
The Environmental Working Group's (EWG) Human Toxome Project and the Canadian group Environmental Defence's Toxic Nation project have directed studies.

In Germany, the German Environmental Survey (GerES) has been active since 1985, and in 1992 the Human Biomonitoring Commission of the German Federal Environment Agency was established.

Pesticide Exposure and Childhood Development in the Yaqui Valley, Mexico - "An Anthropological Approach to the Evaluation of Preschool Children Exposed to Pesticides in Mexico" - a very important study published in the scientific journal, Environmental Health Perspectives in June 1998. The drawings of people done by children exposed to pesticides compared to those not exposed to pesticides show a clear and chilling difference.

DDT and Breast Cancer/Age of Exposure: A study of historical blood levels correlated with increased risk of breast cancer if the women hit puberty around the time of peak DDT usage, a 2007 study published in Environmental Health Perspectives.

Body Burden.  Conducted in 2003 by the Mount Sinai School of Medicine in New York in collaboration with the Environmental Working Group, blood and urine from nine people were tested for 210 chemicals that occur in consumer products and industrial pollution. They found an average of 91 industrial compounds, pollutants, and other chemicals in the nine volunteers, and a total of 167 different chemicals present in their bodies.

Pollution in newborns is a serious issue. This alarming report report shows that babies are born with more chemicals in their blood than you would think possible. Ten newborns averaged 200 contaminants, and 209 pollutants had never before been detected in cord blood.

Bird's Egg Body Burden. This study of bird eggs in Maine (Contaminants in Maine Bird Eggs conducted by the BioDiversity Research Institute) reveals that 192 contaminants (most synthetic) persist in the environment e.g. DDT, PCBs, PBDEs, PFCs and others. The contaminants were found in higher levels in south coastal Maine so what does this mean for Massachusetts birds? Contaminants stop at the State Line-right?

October 2006 National Geographic Magazine has an article on body burden by David Ewing Duncan called The Pollution Within. Disappointingly lukewarm conclusions. There is an interactive page about toxic homes. 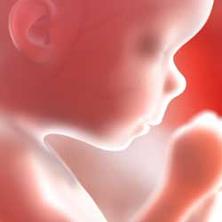